After the welcome and opening ceremony on Sunday, 16 November, the following three days will involve 15 parallel sessions covering all fields of noise control. Details of the Program are now available from the first page of this site.

The control of the spatial distribution of noise and sound has been widely investigated for achieving passive and active noise control. By extending the concepts of active noise control and zones of quiet, one can sketch sound, i.e., synthesize sound fields of various shapes using loudspeaker arrays to achieve the desired sound quality in a finite zone of interest. Sound sketching involves reproducing existing sound fields as well as creating new shapes of sound fields that can hardly be experienced in common acoustical spaces. In this lecture, two representative problems related to sound shaping are presented: the synthesis of a personal sound zone and the manipulation of virtual “sound balls.” Through the shaping of sound in space, sound fields can be focused over a selected area to form a personal sound zone within which a person hears only a determined sound program, without being disturbed by other unwanted sound programs. In addition to focusing sound fields, it is possible to control a sound wavefront to produce virtual sound sources or virtual “sound balls” with various radiation patterns in a source-free space. The underlying array signal processing theories developed since 2000 are introduced with practical systems implemented for home and automotive applications, including a “sound sketch interface” devised to facilitate gesture-based interaction between a person and a sound field.

Meeting community expectations on aircraft noise presents a formidable challenge to aircraft and engine manufacturers and to those involved in airport planning and air traffic management. This has been an important issue since the introduction of turbojet and turbofan engines in civil aviation in the early 1970s.  The technical progress which has been made during this period in reducing aircraft noise at source and mitigating its effects by acoustic treatment is not widely understood or appreciated in the community.  These remarkable achievements will be reviewed, along with current progress towards meeting ambitious new environmental targets for aircraft entering service between now and 2050.  While most of the ‘low hanging’ fruit has been picked, new methods and technologies will be critical in reducing noise emissions of future aircraft and engines which may differ significantly from current configurations.  The noise impact of a single aircraft movement, the basis for noise certification and the focus of industry efforts to reduce aircraft noise, is however only a part of the complex jigsaw of issues which define the aircraft noise problem.  These include not least of all the public’s changing perception of what actually constitutes a noise nuisance.

The movement for improved classroom acoustics has primarily been grounded on studies that show how building acoustics (i.e. background noise levels and room reverberation) affect speech intelligibility, as determined by speech recognition tests.  What about actual student learning, though?  If students do not understand each spoken word in the classroom perfectly, can they still manage to achieve high scholastic success?  This presentation will review two recent studies conducted at the University of Nebraska – Lincoln, linking classroom acoustic conditions to student learning outcomes and speech comprehension (rather than simply recognition).  In the first, acoustic measurements in two public school districts in the Midwest were correlated to elementary student achievement scores.  Results indicate that higher background noise levels, greater than 40 dBA, may lead to unacceptable scholastic performance in language and reading tests.  The second study focuses on how room acoustic conditions impact English speech comprehension of native-English-speaking listeners in contrast to English-as-second-language (ESL) listeners, a group which includes 21% of children in the United States K-12 school system.  Conclusions are that higher reverberation times and background noise levels do reduce speech comprehension in both groups of listeners, but adverse noise conditions are particularly more detrimental on ESL listeners.

Following is a profile of the Plenary and Keynote Lecturers. 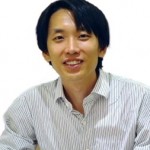 Dr. Choi received his B.Sc., M.Sc., and Ph.D. degrees in Mechanical Engineering from Korea Institute of Science and Technology (KAIST), Korea, in 1999, 2001, and 2005, respectively. He was a Postdoctoral Research Associate with the Center for Noise and Vibration Control (NOVIC) at KAIST from 2005 to 2006. From 2006 to 2007, he was a Visiting Postdoctoral Researcher at the Institute of Sound and Vibration Research (ISVR), University of Southampton, UK. From 2007 to 2011, he was with Samsung Electronics at the Samsung Advanced Institute of Technology (SAIT) in Korea, working on array-based audio systems as a Research & Development staff member and a Senior Engineer. In 2011, he joined the Department of Mechanical Engineering, KAST, Korea, and has since been a Research Professor there. Jung-Woo Choi’s primary research area includes active sound control and array signal processing for loudspeaker/microphone arrays. His research interests also include sound field reproduction, sound focusing, and their application in audio systems. From 1999, he has been working on the sound/noise control over selected regions based on the concept of acoustic contrast, which has been widely adopted for the implementation of personal sound zones. Recently, his research has extended to interactive 3D sound/multi-channel audio systems that can be manipulated in real-time by exploiting the beauty of direct integral formulas. He is the author of more than 50 papers/conference articles and 15 patent applications, including five registered patents on loudspeaker array systems. He is the coauthor of the book “Sound visualization and manipulation,” published by John Wiley and Sons, 2013.

Lex Brown is Professor of Environmental Planning in Griffith University, Brisbane, Australia. His initial training was in civil engineering and urban and regional planning, with his doctorate in the field of environmental acoustics. His academic interests lie in tools that interface between the environmental scientist and the planning and design professions through environmental assessments of projects, policies and plans, and in this he has worked extensively in both developed and developing countries. He began his research career as a transport engineer examining the exposure-response relationships for community response to transport noise, and continues his acoustics work across diverse areas of human perception of noise, its effects on human health, prediction and modelling of transport noise, effects on wildlife and, more recently in soundscapes. In the latter he has been active within the European COST Action on Soundscapes and an ISO Working Group. He is a Board member of the International Commission on the Biological Effects of Noise and was co-editor of a World Health Organisationpublication on the Burden of Disease from Environmental Noise.

Jeremy Astley is Rolls-Royce professor of Computational Aeroacoustics at the Institute of Sound and Vibration Research (ISVR) at the University of Southampton and head (since 2002) of the Rolls-Royce University Technology Centre (UTC) in Gas Turbine Noise located in the ISVR. From 2010 until 2013 he served also as director of the ISVR.  Educated in New Zealand, he graduated in mathematics from the University of Canterbury in 1968 and completed MSc (1970) and PhD (1972) degrees in Applied Mathematics at the University of Bristol. He joined Mechanical Engineering at the University of Canterbury (NZ) in 1973, was appointed to a chair in 1993 and became department head from 1996 to 2000. He gained a chair in computational aeroacoustics at the ISVR in 2001 and led a team of 24 academic and research staff working on all aspects of turbo fan and open rotor noise and has particular responsibility for research in the area of nacelle acoustics, acoustic liners and CAA prediction methods.  He is best known for his research on special Finite Element (FE) techniques which has resulted in a large number of publications, many seminal, on finite and infinite elements for unbounded problems in acoustics and general wave propagation. This has led to the embedding of these methods in commercial codes such as MSC-ACTRAN and LMS-Virtual Lab Acoustics, which are now widely used in the aircraft industry. In 1999 Prof. Astley received a Doctor of Engineering from the University of Canterbury in recognition of his contributions to computational acoustics. He is a fellow of the Royal Society of New Zealand, the Institution of Professional Engineers of New Zealand, and of the International Institute for Acoustics and Vibration (IIAV). He is also a Distinguished International Member of INCE, a permanent UK representative on the CEAS Aero-acoustics technical committee and a member of the Scientific Committee of the x-noise network which coordinates aero-acoustic research activity in Europe. Serving ten years on the editorial board of the International Journal for Numerical Methods in Engineering and three as an associate editor for the AIAA Journal, he is currently a subject editor for the Journal of Sound and Vibration.

Xiaojun Qiu received his Bachelor and Master degrees from Peking University in China in 1989 and 1992, respectively, and his PhD from Nanjing University in China in 1995, all majoring in Acoustics. He worked in the University of Adelaide, Australia as a Research Fellow from 1997 to 2002 in the field of active noise control. He has been in the Institute of Acoustics, Nanjing University, as a professor on Acoustics and Signal processing since 2002. He visited Germany as a Humboldt Research Fellow in 2008, working in the field of sound field reproduction. His main research areas include noise and vibration control, room acoustics, electro-acoustics and audio signal processing, particularly applications of active control technologies. He is a member of the Audio Engineering Society and the International Institute of Acoustics and Vibration, and serves as an Associate Technical Editor for the Journal of Audio Engineering Society.  He has published 2 books and more than 300 technique papers, and has been the principal investigator for over 50 research and development projects. He has been a consultant for numerous acoustical projects and holds more than 30 patents on audio acoustics and audio signal processing. 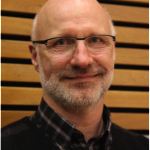 Bo Søndergaard has an MSc in Physics and has been working in the field of acoustics and noise for more than 25 years, with a special interest in wind turbine noise. Most of his professional career has been spent working for DELTA, the Danish Electronics, Light and Acoustics organization, where as a senior consultant he was in charge of their activities on wind turbine noise. He is now at Grontmij, one of Europe’s largest engineering consultancies, where he holds a similar position. Bo Søndergaard convened the international workgroup charged with development and subsequent revisions to IEC 61400-11, Wind Turbine Generator Systems – Part 11: Acoustic Noise Measurement Techniques for several years until the latest revision was published in 2012. As a senior consultant at DELTA and Grontmij he has been in charge of or involved in most of the investigations made over the last 10 years in Denmark on wind turbine noise, covering topics like low frequency noise and sound propagation in complex terrain. Bo Søndergaard has assisted the Danish Environmental Protection Agency in the development of new regulations for wind turbine noise which includes regulation on low frequency noise. Most recently he contributed to the book “Wind Turbine Noise” (2012) and has given presentations at conferences in Europe, the United States and Asia.

Dr. Lily Wang is a Professor of Architectural Engineering in the Durham School of Architectural Engineering and Construction at the University of Nebraska – Lincoln. Dr. Wang received her BS in Civil Engineering from Princeton University and her PhD in Acoustics from Penn State University. Her research focuses on a variety of room acoustic and noise control topics, including classroom acoustics, human perception and performance in noise, and room acoustics computer modeling. She has published over 20 peer-reviewed papers and presented over 60 papers on these topics. Dr. Wang is a Fellow of the Acoustical Society of America (ASA); INCE Board-Certified; and a recipient of the ASA Hunt Postdoctoral Fellowship, ASA R. Bruce Lindsay Award, and ASHRAE Ralph G. Nevins Physiology and Human Environment Award.

The following experts assisted the Congress with the technical program.